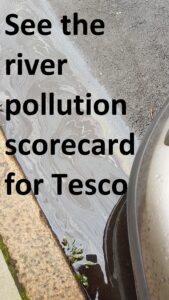 We pushed Thames Water to be more accountable. Now it’s the turn of supermarkets and the operators of other large car parks. They have a legal duty not to allow the runoff from paved areas to pollute rivers. Every river in London fails water quality standards due to this problem.

So what is urban stormwater? It is dirty rainwater that runs along streets until it eventually drains to a local river. So why does this happen? This is because urbanisation changes the way in which water flows. When it rains, water can no longer soak into the ground, instead it flows over paved surfaces such as roads and parking lots (this is known as stormwater run-off). Along the way, stormwater run-off will pick up all sorts of pollutants. This includes oil and heavy metals from vehicles, microplastics (from tyres or road markings), and chemicals washed off industrial estates.

This has several negative effects on the health of our rivers, the most obvious being on the fish. Another effect is the risk of flooding. As a result of increased amounts of paved surfaces, the amount and speed of surface water can overwhelm local drains and cause flooding. Uncontrolled stormwater can also make sewers overflow.

One solution to this problem would be to invest in living infrastructure. Before urbanisation the land would absorb a lot of the rain, slowing it down and cleaning it before it reached the river. We want every organisation that has a large car park or paved area that drains to a river to be required to create sustainable drainage systems (SuDS). SuDs act as a filter, cleaning the water and reducing the amount of pollution entering the river. We aim to give organisations the opportunity to make a change on their own terms, but if they don’t we want the law enforced that requires them to have a permit if they are discharging polluted water to a river.

It’s the Environmental Permitting Regulations 2016, we want enforced so polluters are held accountable for their actions. This means that if companies refuse the opportunity to make a change, we will be forced to report them to the EA.

An example the large scale implementation of SuDS, is in the city of Philadelphia. In 2011, the ‘Green City, Clean Waters’ project began to “reduce the volume of stormwater entering combined sewers using green infrastructure”. They are projected to achieve their pollution reduction goal by 2036. Not only does this reduce the issue of urban stormwater pollution but the SuDS are implemented in a way that creates a more vibrant place to live! 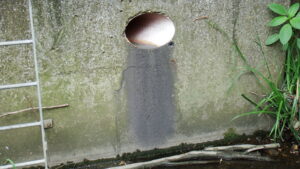 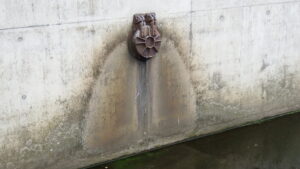